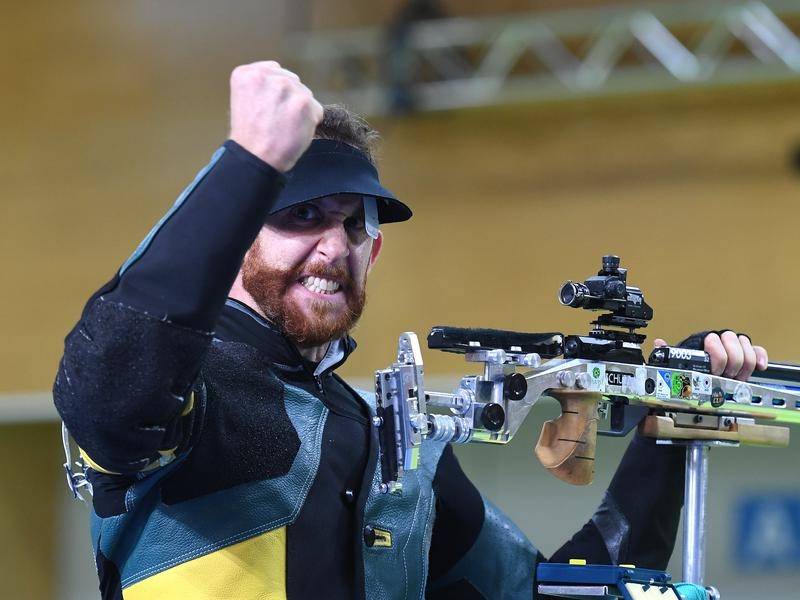 Dane Sampson followed in his parents’ footsteps when he started shooting at the age of 12. Long having dreamed of representing Australia at the Olympics, he also had a desire to travel and saw sport as a means to see the world.

Growing up, Sampson perfected his craft at the Commercial Shooting Club in Brisbane. He was encouraged by his Aunty who represented Australia at a Shooting World Championships and drove him to competitions.

Sampson made his Olympic debut at London where he finished 37th in the 50metres rifle 3 Position, 48th in the 50m Rifle Prone and 42nd in the 10m Air Rifle.

He competed at his first Commonwealth Games in 2014 and made the finals in the three rifle events. His best result came in the 50m Rifle Prone where he placed fourth as teammate Warren Potent won the gold.

Competing at Rio in his second Olympic Games, Sampson improved his results in each of the three events as he claimed 20th in the 50m Rifle 3 Position, 31st in the 50m Rifle Prone and 37th in the 10m Air Rifle.

That year he became the first Australian to make a World Championships final of a Rifle 3 Position.

Sampson continued to build towards Tokyo 2020 and clinched a quota spot for Australia when he finished fourth at the 2019 World Cup Final. He secured his third Olympic Games start after claiming Australia’s number one ranking in the four-round 10m Air Rifle selection series.